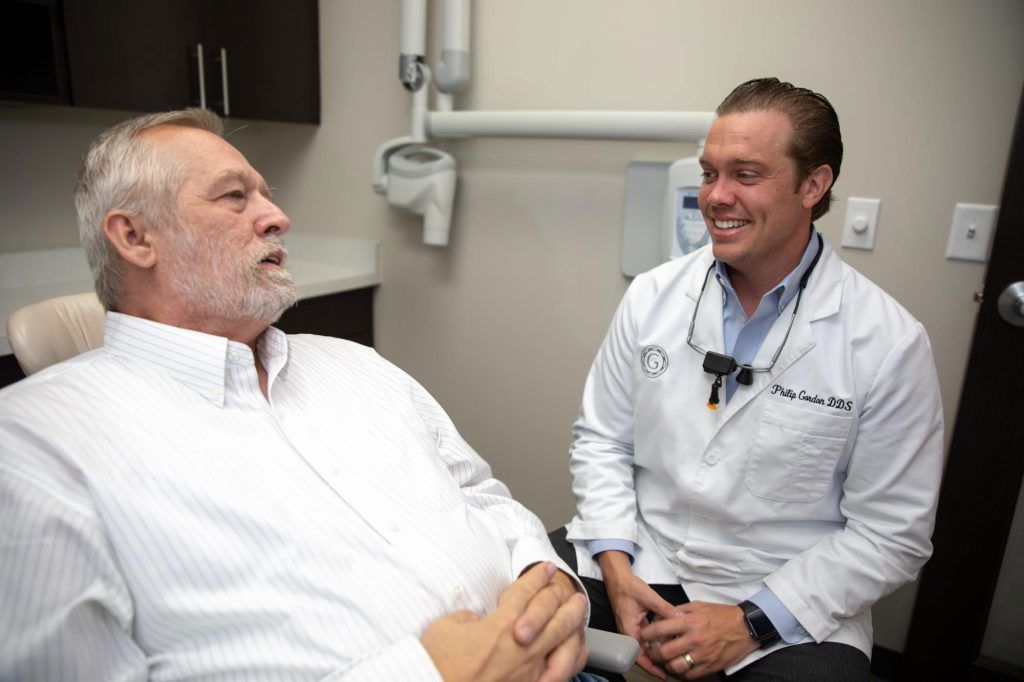 We pride ourselves on providing world-class cosmetic and dental implant dentistry that changes people’s lives for the better throughout Overland Park, KS, and surrounding areas.

Whether you are close to downtown Overland Park, shopping at the Oak Park Mall, checking out the retail village at Corbin Park or you live in one of the beautiful Overland Park neighborhoods like Cherry Hill Estates, Nall Hills, Sylvan Grove, Pine Hurst or Oak Park you’re sure to find our state of the art and reliable dental practice is convenient for you. Our dentist practice caters to every individual, making you feel comfortable and like family. Best of all, Dr. Gordon does not refer patients to other dental practices but instead takes care of all your needs here at our Overland Park dentist office.

Dr. Gordon employs an outstanding dental team that is highly-trained to provide a friendly and welcoming atmosphere created specifically to make you feel comfortable and relaxed for your visit. We use the latest dental technology to ensure that you get the best dental care available anywhere in Johnson County. If you are looking for a life-changing smile that will restore your confidence, look no further than the team at Gordon Dental Implants and Cosmetics in the City of Overland Park, KS.

Dr. Philip Gordon grew up in Kansas City, Missouri, and has lived here most of his life. He received his bachelor’s degree in nutritional sciences from the University of Missouri in Columbia. His desire to learn about anatomical processes and biological sciences, combined with exposure to his father’s dentist office early in life are what influenced his decision to attend dental school.

See why many consider us Overland Park's best dentist

We are a comprehensive Overland Park dental practice that specializes in dental implants and cosmetic dentistry treatments to restore your smile. Whether you need a complete smile makeover or a simple checkup, filling or teeth whitening, Dr. Gordon and the team at Gordon Dental can provide the individual care and attention you and your family need.
Overland Park, Kansas Located next to the Kansas-Missouri state border and around 10 miles away from Kansas City, Missouri, Overland Park is the largest city in Johnson County and the second most populous city in Kansas. As of 2018, Overland Park had a fast-growing population estimated to be around 200,000 people. According to a 2018 report, Overland Park was ranked as one of the most family friendly communities in the United States. Walking down history lane, Overland Park was established in the early 1900s when the city’s founder William B. Strang Jr. settled in the area and began plotting a town site along the famous old military road. Strang’s original settlement forms most of today’s downtown Overland Park. The city was officially incorporated in 1960 having a population of a little below 30,000 residents. As part of the larger Kansas City metro area, the city of Overland Park has evolved into a top commercial center within the region. As such, it is headquarters of several top corporations including the likes of YRC Worldwide, Ferrellgas, Compass Minerals, and Sprint Corporation.
Our preventive, restorative, cosmetic, and reconstructive dental services include:

The proof is in our Overland Park patients

We are dedicated to providing outstanding patient-centered care to patients of all ages. Our luxurious dental practice located conveniently near Overland Park has been designed with you in mind, and we are here to meet all of your dental needs.

You will feel welcomed, comfortable, cared for, and appreciated at Gordon Dental Implants & Cosmetics while we provide you with high-end, high-quality dental care in Leawood, Kansas and surrounding areas of Overland Park, Prairie Village and Kansas City metropolitan area.